In a recent interview, Pope Francis said: ÂSometimes IÂve found myself in front of people who are too strict, who have a rigid attitude. And I wonder: How come such a rigidity? Dig, dig, this rigidity always hides something: insecurity, sometimes even more. . . .Rigidity is defensive. True love is not rigid.Â He may have been unaware he was using a code word, to the chagrin of many faithful Catholics.

His comments might be perfectly true in some circumstances. Rigidity can be an unhealthy attachment to your own opinion. G.K. Chesterton called such ÂrigidityÂ an inversion of certitude: ÂA man was meant to be doubtful about himself, but undoubting about the truth; this has been exactly reversed. We are on the road to producing a race of men too mentally modest to believe in the multiplication table.Â

Many seminary authorities Â at least in the 1980s Â were overly confident in themselves. They used ÂrigidityÂ as a code word for Âunbending orthodoxy,Â a high crime then in the priestly formation business. Many bishops, unfortunately, were out of touch with the modern seminary system, and the ambiguity of the word was exploited by dissident seminary authorities.

A candidate could not be expelled for Âorthodoxy.Â But the average bishop fears clerical obduracy Â a fear, I gather, that is well-founded. Hence, seminarians lived in dread of being charged with Ârigidity,Â i.e., of holding fast to the Faith.

When officials from a Midwest diocese screened me for entry into the diocesan program, they spoke in code. The team, headed by an auxiliary bishop, wanted to know about my Âview of women.Â They knew Â and I knew Â the phrase is a dog whistle (as we say nowadays) for Âordination of women.Â I didnÂt take the bait. I responded that I would Âwork for the salvation of the souls of women every bit as hard as I would for men.Â

The highly-sensitive-to-womenÂs-needs bishop said, ÂThe committee would like to know your view of womenÂs ordination.Â I knew the preferred response, but couldnÂt say it: ÂThe ChurchÂs discipline does not permit the ordination of women today, but it may take place sometime in the future.Â My actual response, to their dismay, demonstrated my theological inflexibility: ÂThat wouldnÂt be right, would it? What does the Church teach?Â

The seminary admissions interview was similarly surreal. I was asked, predictably, why I wanted to become a priest. But the questions became increasingly bizarre. They asked me how I would ÂfeelÂ if a priest celebrated Mass without vestments. My observation that it was a violation of liturgical legislation did not satisfy them. 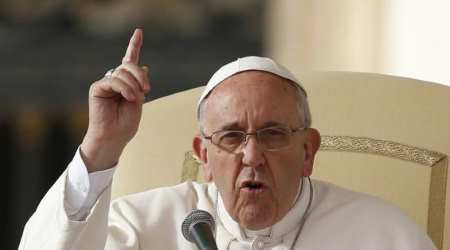 Another priest pointed to an admittedly flippant response to a question on the application: ÂWhat does prayer mean to you?Â I wrote prayer was a Âlong-neglected alternative to arms negotiations.Â

Anticipating the seminary Ârigidity police,Â I had naively prepared what I thought was a very persuasive argument. Under interrogation, I emphasized the beauty of the Faith. I argued the Faith offers certitude to the believer and expressed my admiration for NewmanÂs example of an absurd prayer: ÂO God, if there is a God, save my soul, if I have a soul.Â

They concluded, somehow, from this that I held that non-Catholics would be damned Â a non-sequitur. They just didnÂt like my confidence in the truths of the Faith.

During the final meeting, I explained that, simply put, if Christ is truly present in Holy Communion, then He elicits, nay, requires loving adoration. What could be better than to be an instrument of Christ, changing simple bread and wine into His precious Body and Blood? They were not impressed and suggested I didnÂt believe that Christ was everywhere.

Asked about my interest in theology, I explained that theology should be used in the service of the Church, otherwise it is useless. I suggested that not everyone is, or should be, a theologian. If theology is used to confuse the faithful, then we should stick with sound Catholic doctrine.

Going for broke, I expressed my belief in Humanae Vitae and Familiaris Consortio. I quoted Pope John Paul II that the compassionate bishop Â and priest Â will preach that homosexuality is wrong and that abortion and contraception are against GodÂs law.

The rector presided over this final meeting. He was amiable but disconnected and reminded me of certain bishops (as he one day would become). He asked the psychiatrist if he had any more questions. The psychiatrist looked at me like I was an organism in a petri dish and intoned, ÂI have no more questions.Â

A week or two later, the vocation director informed me that the team rejected my candidacy because, in their judgment, I was Ârigid and judgmental.Â Feigning innocence, but with a sincere resignation to GodÂs will, I asked, ÂIs that a bad thing?Â

But rigidity Â even a measure of a rigid attachment to oneÂs own opinion Â isnÂt always a bad thing when it has to do with, well, truth. Evelyn Waugh once observed, ÂIt is better to be narrow-minded than to have no mind, to hold limited and rigid principles than none at all. That is the danger which faces so many people today Â to have no considered opinions on any subject, to put up with what is wasteful and harmful with the excuse that there is Âgood in everythingÂ Â which in most cases means inability to distinguish between good and bad.Â

So I hope the Holy Father understands why so many of us bristle at the charge of Ârigidity.Â IÂve committed many sins, and I know a rigid attachment to my predominant faults is among them. But IÂm glad my confessions are protected by the ChurchÂs rigid ÂSeal of Confession.Â May this and many other rigid planks of the Barque of Peter support our faith now and forever.

This article has been reprinted here by permission of the author after original publication at the Catholic Thing-https://www.thecatholicthing.org/2016/11/16/rigidity-dog-whistle/