In the Gospel, Christ is careful to ensure that we notice the theme of "fulfillment." For example, "Do not think that I have come to abolish the law or the prophets. I have come not to abolish but to fulfill. Amen, I say to you, until heaven and earth pass away, not the smallest letter or the smallest part of a letter will pass from the law, until all things have taken place." (Mt. 5:17-20)

In the Passion narrative (Palm Sunday and Good Friday), fulfillment crops up again: "I have eagerly desired to eat this Passover with you before I suffer, for, I tell you, I shall not eat it again until there is fulfillment in the kingdom of God."

Unwittingly fulfilling the prophecy imbedded in Psalm 22, the soldiers at the foot of the Cross decide to cast lots for Jesus' garment: "'Let's not tear it, but cast lots for it to see whose it will be,' in order that the passage of Scripture might be fulfilled that says: They divided my garments among them, and for my vesture they cast lots." (Mt. 27:35)

When Christ "fulfills" the Scriptures, He discloses the unity of God's revelation. The Old Testament is foundational to the New Testament. The Epistle to the Hebrews begins, "In the past God spoke to our ancestors through the prophets at many times and in various [fragmented] ways, but in these last days he has spoken to us by his Son, whom he appointed heir of all things, and through whom also he made the universe." (Hebrews 1:1-2)

The message is clear and consoling to the Jews, the recipients of the epistle. Christianity is not altogether "new" requiring a denial of all that came before Christ. It is "new" to the extent that Christ sums up in His Person and perfectly completes all that God has revealed of old. In this sense, Christ is the "perfect Jew."

That all things are fulfilled and renewed in Christ includes a demanding and very encouraging truth. The Church hands down the truths of Christ and presents them anew to every generation. The infallibility of the Church and the pope does not allow "inventing" new doctrines in matters of faith and morals, but presenting, promoting, and clarifying the truths of Christ.

To borrow from the caricature of some Protestants, the pope has no authority, for example, to pronounce a change in the dogma of the Blessed Trinity by introducing Mary as the fourth person. (Although some overly zealous Catholics came dangerously close to that.) The same goes for a myriad of teachings involving the Ten Commandments and the moral norms traditionally derived from the Decalogue. 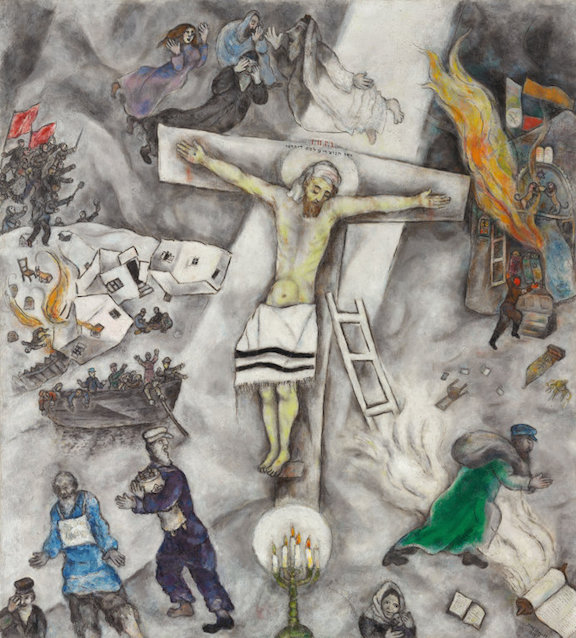 Radical change in doctrine is not part of the Catholic lexicon ? and if it is, regardless of the source, it is outside the Faith. The firm doctrine of "fulfillment in Christ" ensures that a fundamental rule of logic applies to the Faith: the principle of non-contradiction. The truths of the Faith, as handed down over the ages, never contradict each other.

There is great beauty and hope in the notion of "fulfillment" in Christ. There is no "radical change" unless there is a necessity for us to get with the program ? the program of Christ as well as the program of the Jewish faith (the Law and Prophets) before Him. Certainly, the "works of the [Mosaic] law" (such as circumcision, the price of being identified with "the Chosen People") are no longer necessary because in Christ, the law has been interiorized by grace in Christian discipleship.

And Jewish worship ? the worship of synagogue and the Temple sacrifices ? has been replaced with the single Sacrifice of Christ. But all the elements are there for proper assembly in the Mass ? the synagogue gives way to the Liturgy of the Word, and the Temple sacrifices give way to bloodless sacrificial Liturgy of the Eucharist. (See Pope Benedict's The Spirit of the Liturgy.)

But if Christ is the "perfect Jew" because He fulfills all that came before Him, Mary herself might also be referred to as a "perfect Jew," even before Christ entered history as man. Mary participated in the Redemption before it took place in time by her Immaculate Conception. But Mary needed to be taught the Jewish faith and upon receiving the faith she remained sinless.

This means that Mary lived the Jewish faith with perfection and the Jewish faith was holy, beautiful, and good. Saint Paul warns that the Judaic law ? necessary because of sin ? has been superseded by the Law of Christ. But Mary "cracked the code" of the true spiritual meaning of old law before Christ, and lived, without a violation, according to the law of God, a law that reinforced the law written on her immaculate heart. Mary was hence formed as a good Jew.

This means that her parents Joachim and Ann, certainly ? and countless other Jews like Joseph, Zechariah, and Elizabeth ? were similarly "near-perfect Jews." Contrary to the example of the scribes and Pharisees, they were living and teaching the Jewish faith with a very clear understanding or appreciation of ? or just plain intuitively in love with ? the traditions of Jewish faith.

In obedience, they correctly and in a truly "unfragmented" way lived the faith before the definitive fulfillment in Christ. And provide those of us still quite imperfect with assurances that such fulfillment is also possible for us.

The holy doctrine of continuity and fulfillment consolidates and hands down the entire truth of Christ throughout the generations. Linking the life and teaching of Christ to the past ultimately reveals the prospect of the gradual perfectibility of man's nature, wounded as it is by sin, beginning with the kindly tutor of Old Testament law.

As Alban Goodier, S.J. once observed: Mary in her great, sinless sorrow at the Crucifixion did not despair. Her pure, unshakable faith became the lone, unbreakable thread linking the old covenant with the new at the foot of the Cross.

This article has been reprinted here by permission of the author after original publication at The Catholic Thing- -https://www.thecatholicthing.org/2016/03/20/the-perfect-jew/